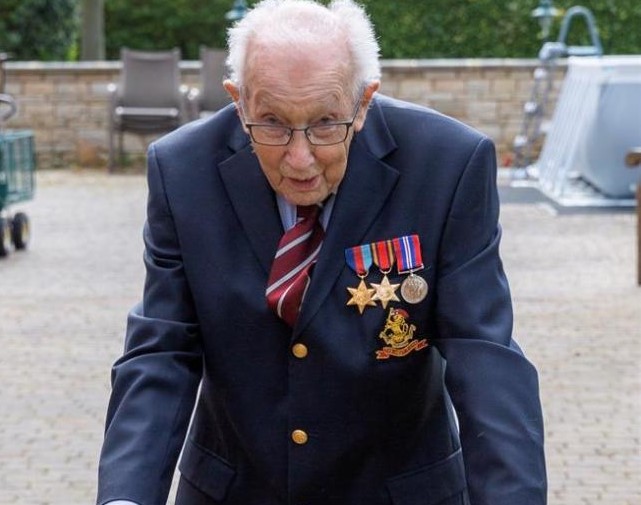 We are dedicating our St George’s Day 2020 celebrations this year to Captain Tom Moore, a yorkshire man who turns 100 at the end of the month that has raised an incredible £27 Million pounds (so far) for the NHS. We also believe he should be knighted for his efforts.

It was back on Thursday 16th April, that the heroic Captain Tom Moore completed his walk around his garden, 100 laps in total, and has now gone on top become a shining light amongst all the negative news surrounding the covid-19 pandemic. We feel he desrves to be celebrated.

His 100th birthday walk has been shared across global news outlets such as BBC and ITV, and can be seen across the world. You can visit his official YouTube channel here. Tom is going to continue to walk, raise money for our NHS heroes, and spread some cheer around the world whilst doing so a note on his just giving page says.

Captain Tom’s fundraising, JustGiving said: “We will not be claiming £2m from the appeal, after deducting our processing fees, over 97% of the total raised will go straight to charity.” It added: “Our processing fees cover charges set by external card providers, as well as the costs involved in processing millions of donations through our platform.”

The war veteran has opened a new Nightingale hospital in Harrogate this week. He appeared via video link at the opening on Tuesday. He ‘virtually’ opened the brand new 500-bed facility at Harrogate Convention Centre and received a heartwarming standing ovation from NHS staff and military personnel.

Capt Tom said at the opening: “All the doctors and nurses throughout the national health service are doing such a magnificent job under very difficult conditions. “Every day, they’re putting themselves in harm’s way and they’re doing it with a determination that only we can do.

“We must all say ‘thank you very much to the national health service,’ all of you, everyone throughout the whole system, who are doing such a magnificent job.”

On the Just Giving page, Captain Tom’s bio says he was born and brought up in Keighley, Yorkshire. He went to Keighley Grammar School and later completed an apprenticeship as a Civil Engineer. Tom went onto being enlisted in 8 DWR (145 RAC) at the beginning of the war, and in 1940 was selected for Officer training. He was later posted to 9DWR in India, and served and fought on the Arakan, went to Regiment to Sumatra after the Japanese surrender and returned to be Instructor at Armoured Fighting Vehicle School in Bovington.

A petition to have Captain Tom Knighted for his efforts has gone viral and so far gained nearly 1,000,000 signatures. We want to encourage every person that is visiting our page this St George’s Day to go and add your name to this list right here

Kajal Odedra, UK executive director of Change.org said: “Captain Moore has shown us all the power that individual action can have in a crisis and brought a smile to all of our faces during a difficult time.Now hundreds of thousands of people are taking small actions themselves, to say thank you to Capt Moore by signing this petition. I hope it will bring a smile to his face to know he has had such an impact on the country.” 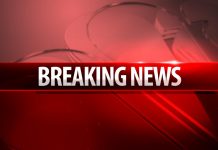 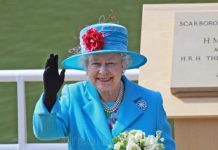 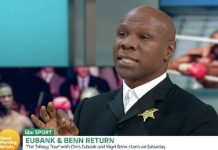 Investigation to be launched into the ‘origins of COVID’

St. George's Day has all your England related news, events, entertainment and more! We provide you with the latest news and videos straight from the good people of England.